Drilling expected to be ongoing on three projects by end of Q2, 2022

ST. JOHN'S, NL / ACCESSWIRE / May 11, 2022 / Sokoman Minerals Corp. (TSXV:SIC)(OTCQB:SICNF) ('Sokoman' or the 'Company') is pleased to provide an outline of planned activities on the Company's core holdings at the Moosehead and Fleur de Lys properties, and on the strategic alliance ('Alliance') of three Joint Venture properties with Benton Resources Inc. ('Benton'). With $13M in its treasury, Sokoman has sufficient funds to undertake all the exploration activities planned for 2022.

At the flagship Moosehead project in Central Newfoundland, which is targeting high-grade, Fosterville-type, epizonal gold mineralization, diamond drilling is ongoing with three rigs, including a barge-based drill program launched this week after an earlier than expected spring melt. The barge drilling will focus on extending the Eastern Trend mineralization reported in MH-21-345 - 4.75 m of 20.75 g/t Au incl. 2.25 m of 39.57 g/t Au (see the January 20, 2022 press release), to the north.

Approximately 48,000 metres remain to be completed in the current 100,000 m drill program that is expected to continue into the fourth quarter of 2022. Efforts will be focused on expanding the Eastern Trend to depth below the currently defined 225 m level, and on-trend to the north where the zone remains open. Drilling to infill/connect the Eastern Trend/75 Zone and the South Pond areas above the 200 m level is expected to be completed in the second quarter. Assay results for portions, or all of 50 drill holes in these areas, remain pending.

Additional drilling will also test the 253 Zone where a subparallel structure carrying quartz veining and disseminated pyrite + arsenopyrite, first intersected in MH-21-253, returned assays of 7.5 m of 0.31 g/t, and 1.78 g/t Au over 1.40 m in the area where mineralized float including visible gold has been found. The 253 Structure is interpreted to be several km in length and has had minimal drilling.

The Company will also be continuing, and ramping up, baseline environmental studies including water testing, wildlife surveys, and historical activities (logging related), as well as preliminary metallurgical test work on the gold mineralization. A preliminary budget of $6 million is proposed for the remainder of calendar 2022 on the Moosehead project.

Exploration at the 100%-owned Fleur de Lys project, located on the Baie Verte Peninsula in north-central Newfoundland, will focus on defining drill targets on the 480 sq. km property where Phase 1 exploration, completed in late 2021, identified a 30 km long, gold in till, anomaly. Pristine gold grains, suggesting a short distance of transport from source, have been returned from multiple sites, and grab samples of rocks taken during the till sampling, have given Au values up to 4.6 g/t. Drill targets are expected to be defined by the fourth quarter with a pre-drilling budget of $600,000. The rocks of the Fleur de Lys Supergroup are equivalent to the Dalradian Supergroup in the United Kingdom where several major gold deposits, including the six-million-ounce Curraghinalt deposit, are located.

In the fall of 2021, a five-hole, first-phase, drilling program was completed at the Grey River project on the south coast of Newfoundland, testing portions of the Grey River 'quartz zone', a 14 km-long zone of massive silica that has given widespread gold values (up to 225 g/t Au) from surface sampling in the 1980s and 1990s, none of which had been drill tested. The 2021 holes were scattered over a 5 km-long portion of the silica body with all five holes returning significant gold values (> 1 g/t Au) up to 1.80 m of 10.58 g/t Au, all holes cutting at least two mineralized zones and all mineralization remaining open along strike and to depth. A drill, a camp, and fuel has been secured and will be mobilizing to site by early June to commence a 20-to-30-hole drill hole program following up on the 2021 results. The Alliance has increased its landholdings in the area with the recent staking of more than 400 claims covering structural and gold geochemical targets located to the east of the main property. A jointly funded budget of $2 million has been proposed for this program.

In 2021, the Alliance announced the discovery of significant lithium mineralization in a swarm of pegmatite dykes located 14 km to the west of the Burgeo Highway, in southwestern Newfoundland. Subsequent prospecting and sampling in the fall of 2021 defined a 2 km by 1.2 km area hosting multiple, lithium-rich (spodumene), pegmatite dykes, with more than 100 float and outcrop grab samples and composite chip samples, that returned lithium values ranging from 0.05% to 2.37% Li2O with more than 25% returning > 1% Li2O. In early 2022, the Alliance completed a 1,025 m reconnaissance drilling program to establish the dike orientation and depth extension. A small area (100 m x 150 m) near the discovery outcrops was tested with five short holes. All holes hit mineralized (spodumene-bearing) dykes ranging from less than 1.0 m to 8.4 m in drilled width. Results to date from hole one include a grade of 0.95% Li2O over the 8.4 m width. All remaining assays are pending.

The Alliance has secured a camp, a track-mounted drill, and fuel for a summer drill program testing as many of the known dykes as possible, with up to 30-40, mainly shallow holes (<100 m). Concurrent prospecting and mapping will sample and evaluate numerous pegmatite dikes along a 20 km stretch of the favourable corridor straddling the Bay d'Est Fault, where none of the reported pegmatite dykes were sampled for lithium. Camp setup and drill mobilization are expected in mid-June. The Alliance has proposed a $3 million budget for this program.

The property is located in east-central Newfoundland directly on-trend to the northeast of Canstar Resources' Golden Baie property where drill results of 9.6 g/t Au over 7.7 m have been reported (see Canstar Resources' website). The early-stage project, where limited prospecting in the fall of 2021 located a 5.46 g/t Au rock grab sample, is targeting structurally-controlled, orogenic gold mineralization. A program of 200 m to 300 m spaced soil lines with samples at 25 m spacing across prospective structures identified from airborne magnetics, with concurrent prospecting, is planned. Work is expected to commence by June with a budget of $200,000.

Tim Froude, President, and CEO of Sokoman, says: '2022 will be a pivotal year for Sokoman through the advancement of our flagship Moosehead project where, by year-end, we expect to have completed 120,000 metres of diamond drilling since acquiring the project. We are confident that we will have merged most, if not all, of the known mineralized zones into a single entity and that new discoveries will come from our continued exploration elsewhere on the property. At the 100%-owned Fleur de Lys project, we expect to discover new gold showings through follow-up of the 2021 till program and we will be aggressively moving to establish drill targets. At Grey River and Golden Hope, we will be drilling with JV partner Benton Resources Inc. on two of the three projects we hold through our Alliance.'

This news release has been reviewed and approved by Timothy Froude, P.Geo., a 'Qualified Person' under National Instrument 43-101 and President and CEO of Sokoman Minerals Corp.

To ensure a working environment that protects the health and safety of the staff and contractors, Sokoman is operating under federally and provincially mandated and recommended guidelines during the current COVID-19 alert level.

Sokoman Minerals Corp. is a discovery-oriented company with projects in the province of Newfoundland and Labrador, Canada. The Company's primary focus is its portfolio of gold projects; flagship, advanced-stage Moosehead, Crippleback Lake (optioned to Trans Canada Gold Corp.) and East Alder (optioned to Canterra Minerals Corporation) along the Central Newfoundland Gold Belt, and the district-scale Fleur de Lys project in north-central Newfoundland, that is targeting Dalradian-type orogenic gold mineralization similar to the Curraghinalt and Cavanacaw deposits in Northern Ireland. The Company also recently entered into a strategic alliance with Benton Resources Inc. through three, large-scale, joint-venture properties including Grey River, Golden Hope and Kepenkeck in Newfoundland. The Golden Hope project hosts a recently discovered zone of lithium-bearing pegmatite dikes that has returned significant grades of Li2O from surface sampling and diamond drilling including 8.4 m grading 0.95% Li2O from GH-22-01. The Grey River project was recently tested with five recon drill holes all of which returned gold values highlighted by 10.58 g/t Au over 1.80 m including 50.13 g/t Au over 0.35 m from GR-21-01.

Sokoman now controls, independently and through the Benton alliance, over 150,000 hectares (>6,000 claims - 1500 sq. km), making it one of the largest landholders in Newfoundland, in Canada's newest and rapidly-emerging gold districts. The Company also retains an interest in an early-stage antimony/gold project (Startrek) in Newfoundland, optioned to White Metal Resources Inc., and in Labrador, the Company has a 100% interest in the Iron Horse (Fe) project which has Direct Shipping Ore (DSO) potential.

The Company would like to thank the Government of Newfoundland and Labrador for financial support of the Fleur de Lys project through the Junior Exploration Assistance Program.

Investors are cautioned that trading in the securities of the Corporation should be considered highly speculative. Except for historical information contained herein, this news release contains forward- looking statements that involve risks and uncertainties. Actual results may differ materially. Sokoman Minerals Corp. will not update these forward-looking statements to reflect events or circumstances after the date hereof. More detailed information about potential factors that could affect financial results is included in the documents filed from time to time with the Canadian securities regulatory authorities by Sokoman Minerals Corp.

MOSCOW, Russia: According to preliminary data released by the finance ministry this week, almost three months after Moscow's invasion of ...

KUALA LUMPUR, Malaysia: After China's decision to not host the 2023 Asian Cup, a choice for a new host will ... 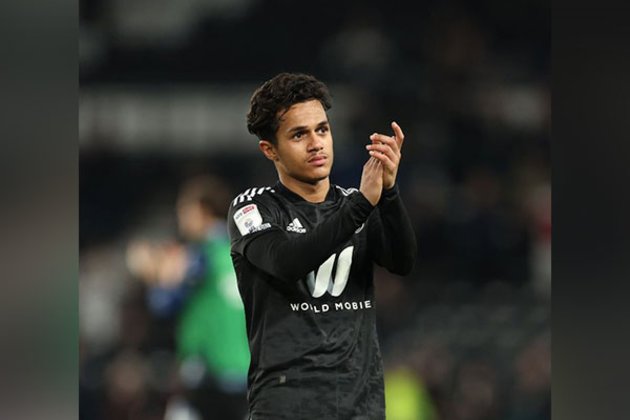 Liverpool [UK], May 23 (ANI): Liverpool FC on Monday confirmed that Fabio Carvalho will join the Merseyside club this summer. ... 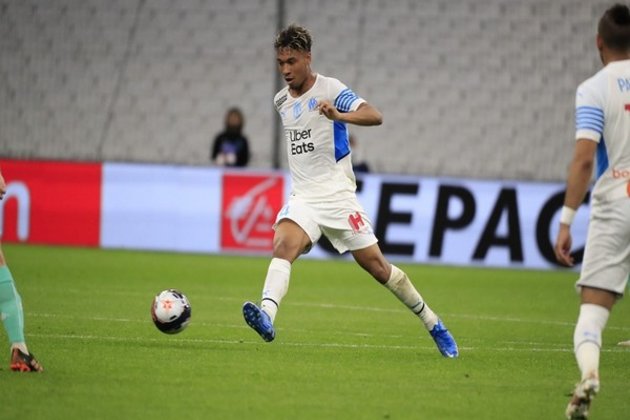 London [UK], May 23 (ANI): Aston Villa on Monday announced the signing of Boubacar Kamara on a five-year contract. The ... 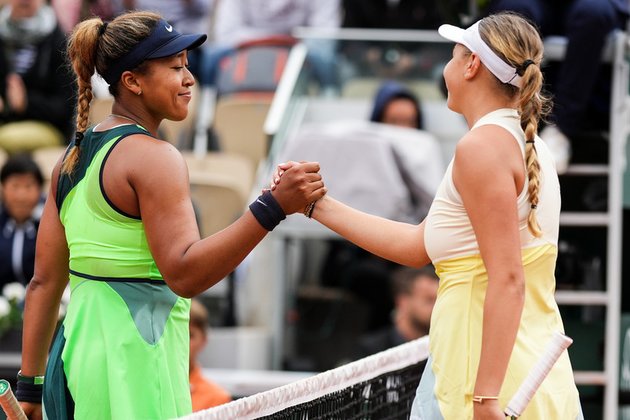 Things did not go to plan in Paris for the Japanese starNaomi Osaka suffered a second consecutive Grand Slam exit ... 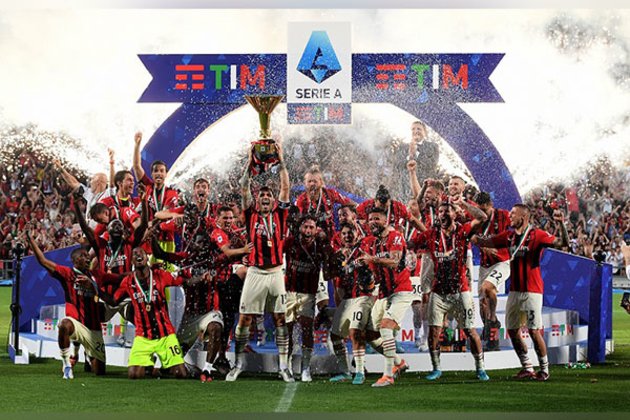 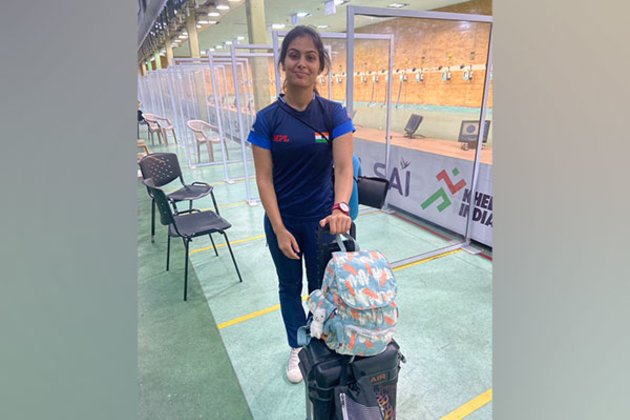