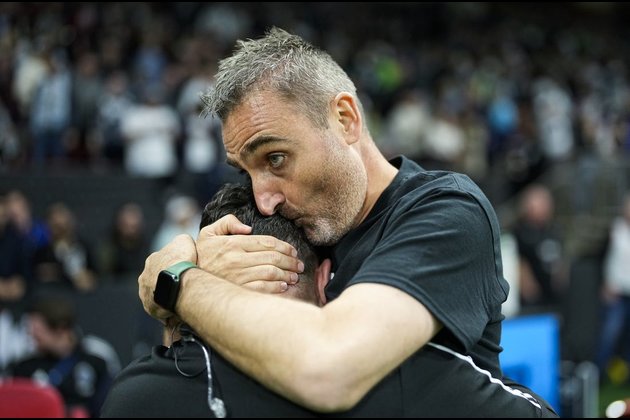 The Vancouver Whitecaps face a must-win situation -- and need some help -- to keep their playoff hopes alive when they host Austin FC Saturday in a key Western Conference match.

The teams have two matches to play in the regular season but have plenty to play for.

Vancouver begins the weekend in 10th place in the West, five points below the playoff line and behind Minnesota (which holds the final playoff spot), Salt Lake and Seattle.

If the Whitecaps (11-14-7, 40 points) win on Saturday, Minnesota and Salt Lake lose, and Seattle draws or loses, then Vancouver would control its own playoff destiny entering the final game of the regular season.

The Whitecaps come into Saturday's match with their first two-game winning streak since June, their latest match a 2-1 victory at home over Seattle on Sept. 17. Pedro Vite and Julian Gressel scored Vancouver's goals in the win.

"We want to arrive at 46 points, because that's something that we can do that is in our possibilities, our skills and our abilities," Vancouver coach Vanni Sartini said. "And besides being on 46, this is the last game in front of our fans. If we finish the season with a win, it would be nice."

Lucas Cavallini leads the Whitecaps with eight goals this season. Vancouver has found the net 38 times this season, fewest in the West and tied for third-worst in the league.

Austin (16-9-7, 55 points) returns from the international break in second place in the West, five points clear of FC Dallas, and already guaranteed a home playoff match in its first-ever trip to the postseason.

Austin needs one point from its final two matches to lock itself into the No. 2 spot. The club is 1-3-1 in its past five games, the latest a 1-1 draw at home with Nashville on Sept. 17.

"We have unfinished business," Austin midfielder Ethan Finlay said. "We know we want to make our mark. It's not good enough to finish second. If you finish second and you get bounced in the first round of playoffs, that's not going to be a success for this group. There's too much determination to do something more than that in this group."

Sebastian Driussi had Austin's tally in the Nashville match and is second in the league with 21 goals this season. Austin's Diego Fagundez is second in MLS with 15 assists.

Austin has dropped three straight road games, allowing eight goals in those games, following an 8-2-2 stretch on the road.

The teams have faced three times overall, with Vancouver winning twice in 2021 and Austin capturing a 3-0 home win in April.